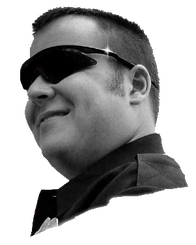 Trey Nelms is a second generation Firefighter that has been around the fire service his entire life. Trey has 25+ years in career and volunteer Fire Departments throughout Middle Tennessee. He has served in a wide variety of positions from Probie to Chief of Department. Trey works for the Nashville FD, where he has been employed since January of 1994 .
He was promoted to Fire Captain in March of 2012 and is currently assigned to Engine Co. 6 "A" in South Nashville.Trey has an Associates Degree in Fire Science, is a State of Tennessee Fire Instructor, Fire Officer II, and Paramedic. He is also a member of TN-TF 2. Trey is a well known Instructor in a variety of fire and technical rescue subjects. He is an Adjunct Instructor  for Volunteer State Community College's Fire Science program.
Trey is the Past President of the Middle Tennessee FOOLS and Past President of the Tennessee Fireman’s Association.

Wade McCarroll serves as a firefighter on "B" shift with the Springfield Fire Department. He has worked in the fire service for 10 + years. He has his Fire Department Instructor 1, Fire Officer 1, and is also a paramedic.

Dean Birdwell serves at the Goodlettsville Fire Department as a Fire Investigator located in Tennessee.

Matt Mayo is Vice President of Personal Retirement Solutions.
He is also the primary contact and financial adviser for the members and their families of the International Association of Firefighters Local 140, which serves the  employees of  the Nashville,TN Fire Department.
He is also a member of Box 55 in Nashville. TN
Box 55 supports The Nashville,TN Fire Department with Rehab for firefighters.

Samuel "Tyler" Spain serves as a firefighter with the Ashland City Fire Department in Ashland City Tennessee.  Has also served with the Dickson County Rescue Squad for 3 years.  Has a total of 13 years in the fire service.

Kathy Williams is a self-employed entrepreneur, located in Tennessee.

Michael Scott joined the WHCVFD in 2002 as a firefighter and worked his way up through the ranks to Asst. Chief and in 2007 was appointed to the position of Chaplain. I then became a member of the Tennessee Federation of Fire Chaplains and went through their training academy and went through the Critical Incident Stress classes for Individual and Groups. I have joined the Middle Tennessee Crisis Intervention Team and have served on several intervention teams to help fellow firefighters with stressful calls and help defuse the situation so they can continue to live a successful life. I received my preaching ordination from the General Baptist on June 24,2012. I enjoy what I do and get a feeling of satisfaction by helping ordinary people in extraordinary circumstances.
Copyright © 2010 - 2019  Lt. Brad Hutcherson Memorial Fire School Inc. All Rights Reserved
Lt. Brad Hutcherson Memorial Fire School Inc. is a 501 (c) 3 nonprofit organization
Privacy Policy